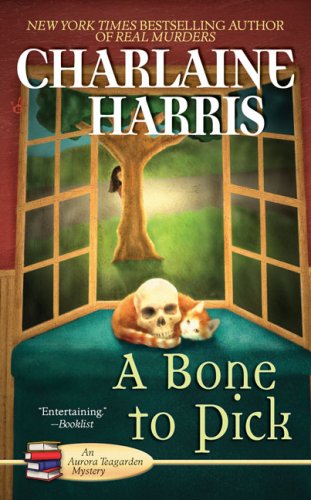 As we announced earlier in the year, the Hallmark Movie Channel picked up Charlaine Harris’s series as part of their Movies & Mysteries franchise. Hallmark has recently announced that the first movie in the Aurora Teagarden series, A Bone to Pick, will premier at 9pm EST on April 4, 2015!  More information can be found on Hallmark’s Aurora Teagarden website!

Hallmark has recently posted a behind the scenes video, photos from the movie, and more on their website. Also, keep up to date with the latest news on the Aurora Teagarden website! True Blood’s success led fans of the show to become loyal readers of the Sookie Stackhouse series, and we’re excited for these movies to lead droves of mystery lovers to discover Aurora Teagarden!