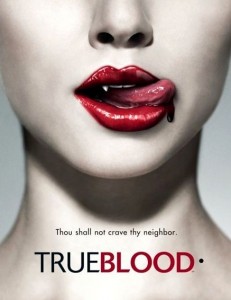 We’re very excited to share that True Blood, the television series based on the #1 NY Times bestselling Sookie Stackhouse series by Charlaine Harris, has been picked up for a seventh season!

This comes as no surprise to JABberwocky, as the series remains one of HBO’s top-rated shows, drawing over 10 million viewers a week. The popularity of True Blood helped Charlaine Harris become the only author to ever have nine books simultaneously hit the NY Times bestseller list. Fans of the television show have flocked to bookstores to try the first book, Dead Until Dark, and they’ve been hooked ever since!

If you haven’t checked out the thirteen-book Sookie Stackhouse series yet, what are you waiting for? Pick up the first in the series, DEAD UNTIL DARK, and see for yourself why Charlaine Harris has garnered such a devoted fanbase!