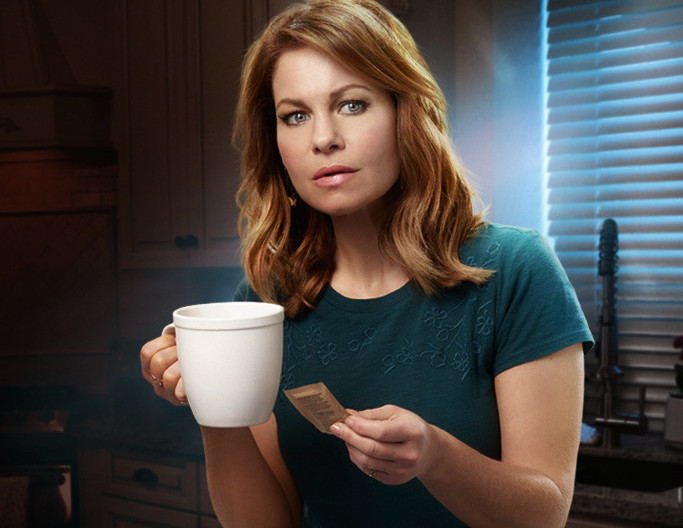 On Sunday, January 7th, LAST SCENE ALIVE will make its premiere on the Hallmark Movies and Mysteries Channel! The seventh installment of the Aurora Teagarden movie series, which is based on the novel of the same name by Charlaine Harris, continues the exploits of small town librarian and sleuth Aurora “Roe” Teagarden.

A Hollywood film crew descends on the town of Lawrenceton, GA to produce a film based on a book written by Aurora’s onetime boyfriend Robin Crusoe. However, when the lead actress who is playing Aurora is killed, the real Aurora and the Murders Club must investigate a long list of suspects.

Starring Candace Cameron Bure of Full House fame, LAST SCENE ALIVE is sure a captivating addition to the previous movies in the Aurora Teagarden series. Check out the preview for a peek at what’s in store for Roe!

Coinciding with Sunday’s premiere LAST SCENE ALIVE are Kindle Monthly Deals for four Aurora Teagarden eBooks for the entire month of January at Amazon, including: