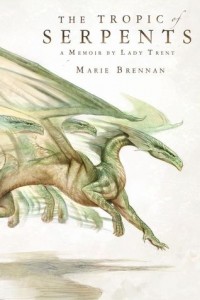 NPR recently released their Best Books of 2014 list, and two of our clients make an appearance! Included on this year’s list is THE TROPIC OF SERPENTS by Marie Brennan, the second novel in the Memoirs of Lady Trent series. Book critic K. Tempest Bradford says of SERPENTS: “Marie Brennan expertly weaves together fantasy and science, history and memoir, and adventure and politics … [and] offers a nuanced and engaging look at how politics can influence the “pure” pursuit of knowledge.” The first novel, A NATURAL HISTORY OF DRAGONS, was similarly lauded last year.

Also on the list is KALEIDOSCOPE, an anthology with stories by JABberwocky client E.C. Myers, alongside pre-eminent writers in the genre like Garth Nix, Sean Williams, and Ken Liu. The anthology focuses on and explores diverse voices and characters in science fiction and fantasy for young adult readers. Bradford notes that the stories offer perspectives that are not “all about how being not white, not straight, not able-bodied, and not rich are the problem.” Rather, the character’s diverse backgrounds “inform the way each person deals with” their particular challenge.