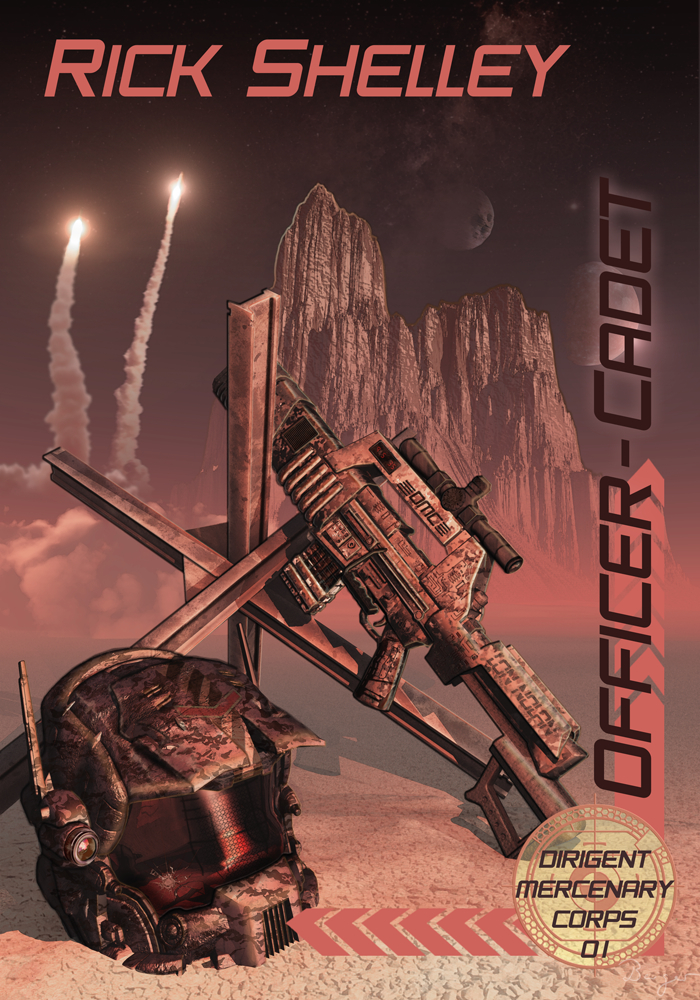 “Rick Shelley was a soldier at heart, and his books were written from the heart. They carry the real feel of the sweat, blood, and camaraderie of those on the front lines.” —Jack Campbell, author of the bestselling Lost Fleet series.

OFFICER-CADET is available as a free download from the following retailers:

The year is 2804 AD. Humanity has colonized the universe. But the authority of the Confederation of Human Worlds is spread thin. Where the Army of planet Earth cannot reach, mercenaries must keep the peace—and the Dirigent Mercenary Corps are the best of the best.

Lon Nolan wasn’t supposed to be serving with the DMC. He’d earned his place at the elite North American Military Academy, and he’d excelled there. But when he’s kicked out of the Academy on trumped-up charges, he’s left with no choice: join the DMC or go home.

So join he does, going from top of his class to bottom rung in the DMC. To become an officer, he’ll have to survive his first taste of combat with his new army, and if he fails, he won’t lose just his honor, but his life.