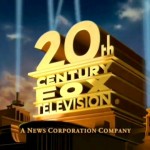 As we may have mentioned before, STEELHEART and the Reckoners series by Brandon Sanderson have been optioned by 20th Century Fox to develop into the next blockbuster film. Shawn Levy, of Night at the Museum fame, is slated to direct the project and we’ve just found out that they’ve attached Carter Blanchard as the screenwriter!

Update @ 5:46pm – io9.com has some nice things to say about this news in their recent post today, including this gem:

“So, the superheroes are the bad guys, and the humans are fighting back. Which is a neat twist on the genre. It’s not a revolutionary one by any means, but it could be just the right hook to freshen up the genre and kick off a whole new franchise.”