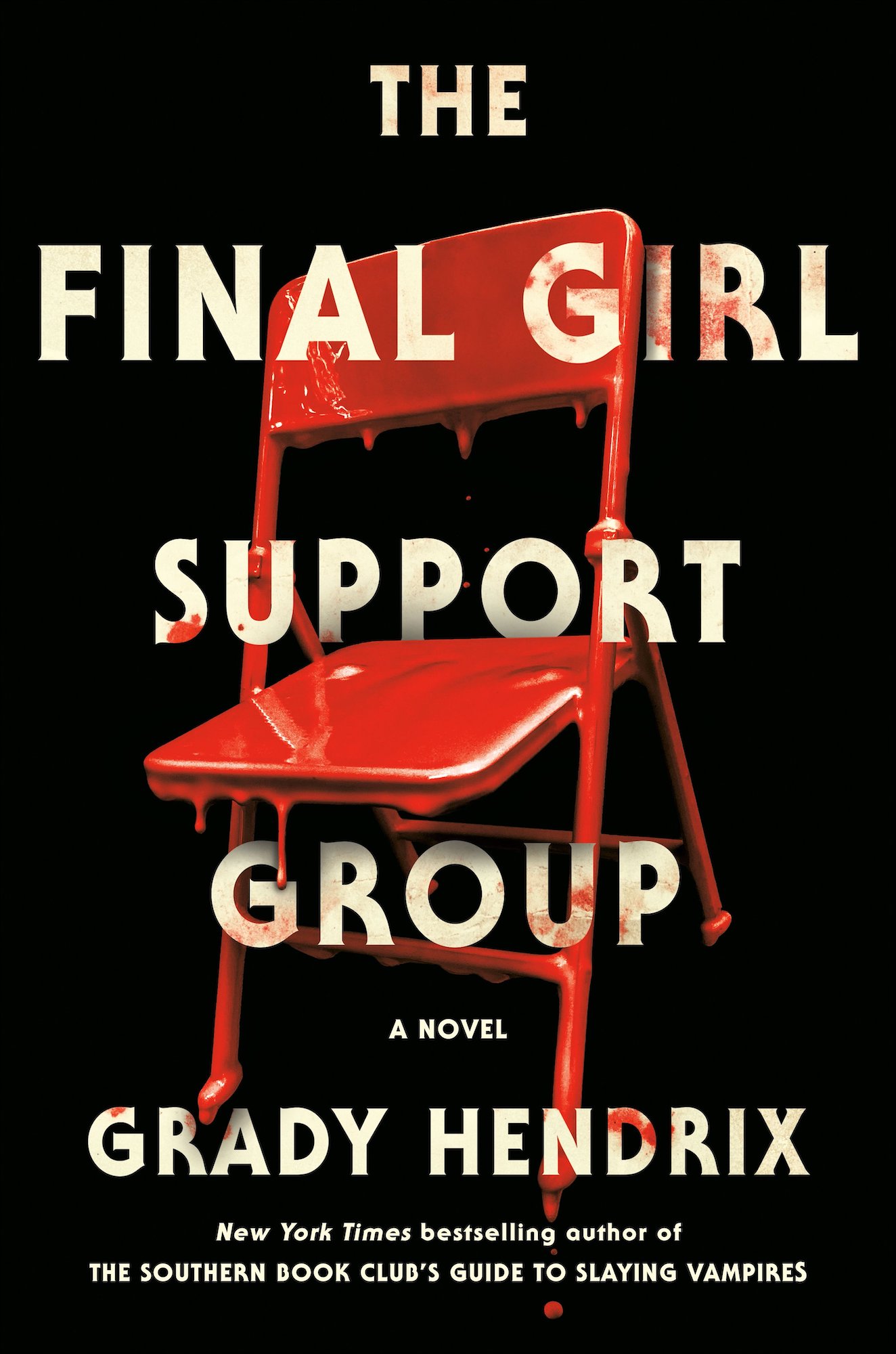 Update: Grady Hendrix’s THE FINAL GIRL SUPPORT GROUP has fought its way straight to the top of the charts! It hit bestseller lists at #11 on the New York Times, #8 on IndieBound, #36 on USA Today, and #22 on the UK sales numbers for Hardcover Fiction.

Keep your wits about you as Grady Hendrix‘s latest horror masterpiece, THE FINAL GIRL SUPPORT GROUP, is being adapted as a television series for HBO Max!

The project hails from Oscar winner Charlize Theron and her Denver & Delilah Films, It duo Barbara and Andy Muschietti’s Double Dream as well as Aperture Entertainment. Andy Muschietti is set to direct the pilot. Theron, AJ Dix, Beth Kono and Andrew Haas will executive produce for Denver & Delilah Films, along with Barbara and Andy Muschietti and Irene Yeung for Double Dream and Adam Goldworm for Aperture Entertainment. Hendrix also will serve as an executive producer.

You can find the full details in the latest official announcement from Deadline.

Published in July 2021 from Berkley, THE FINAL GIRL SUPPORT GROUP is a story about what it means to survive. It is both an homage to and subversion of iconic slasher films.

Recently, THE FINAL GIRL SUPPORT GROUP was highlighted in The Guardian with a stunning review which says, “Hendrix’s cinematic knowledge is deployed with skill, and it’s not necessary to be a fan of slasher movies to enjoy this very clever, gleefully violent, self-aware deconstruction of the genre.”

THE FINAL GIRL SUPPORT GROUP was chosen as one of Library Reads‘ Hall of Fame Selections. It was also picked as one of USA Today‘s “Best Books to Read This Summer” and Cultress’  “Best Science Fiction & Fantasy Titles.”