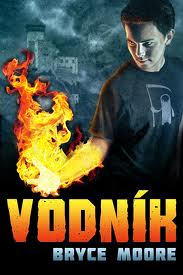 The Association for Mormon Letters (AML) announced on March 30th that VODNÍK has won its literary award in the Young Adult category. Bryce is in good company, as Elantris by Brandon Sanderson has also won an AML Award in 2005.